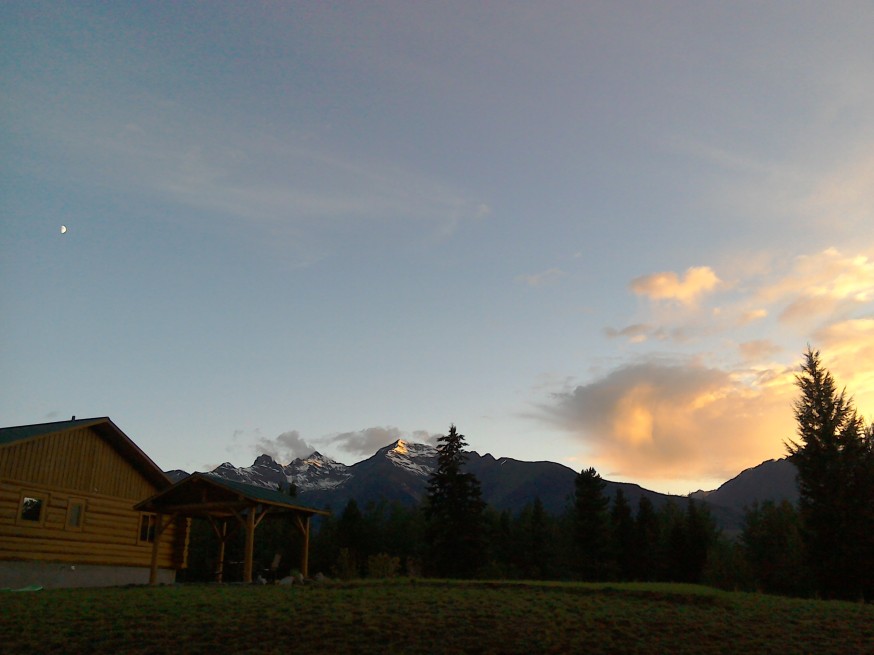 I flew home from Vancouver to Glasgow on Sunday. During my three weeks in Canada, wolves were on my mind.

I heard about them from a forward-thinking young engineer who was working on a geothermal energy project in Valemont, British Columbia. He told me that he had seen a wolf once, with its paw in the river at Banff. I watched the news in the evenings, which fondly reported the movements of a pack near Kamloops. In the Okanagan, I discussed aspects of Scotland’s future with my expatriate uncle, Kenny Mair, from Aberdeen. We touched on the concept of rewilding, and the possible reintroduction of wolves.

Kenny wonders about range and scope. He’s mildly sceptical about how wolves and people might be able to coexist in our more densely populated country. British Columbia is twice the size of some of the larger European nations, and much less populous. Vancouver island alone is about the size of the Highlands north of the Great Glen. Taking off from Vancouver airport, I feel a kind of agoraphobic awe watching the sun set over the Pacific, as the immense mountain ranges stretch all the way north to the Arctic. But, as MacDiarmid remonstrated, Scotland small? Our infinite, our multiform Scotland small? I discovered today that Italy, Spain, Germany, Poland, Norway, Sweden, and even tiny Portugal all have their own beloved populations of indigenous wolves.

Who wouldn’t want them here? Well, there’s what psychologists call ‘dread’. The overwhelming but illogical terror of something that is, in reality, statistically very unlikely to happen: the idea that wolves might actually harm people. I think we can talk people out of their dread, and persuade them of the thrills and the potential ecotourism and the enviro-economic benefits. Seeing a wolf track in Assynt. Hearing a wolf howl in the Cairngorms. Catching a glimpse of a distant wolf disappearing into a stand of aspen on Rannoch Moor.

Keepers and farmers will be the people who will take the most persuading. I stalked for ten years in Moray with a keeper who was a family friend. Like all true countrymen, he loved his environment. The last time I was on the hill with him, Douglas was enthusing about the benefits of sensitive reforestation in the Highlands, and in particular the initiative to reforest with native species – as opposed to the mono-cultural and ecologically sterile conifer belts that strap our hillsides. Mixed, indigenous forest of birch, rowan, alder and aspen, he maintained, presented the most exciting landscape, and the best stalking opportunities. How much more exciting would these opportunities be for any stalker who has the added chance of spotting a wild wolf as part of a day on the hill?

And wolves, as they’ve seen in Yellowstone in the USA, benefit the entire ecosystem. For the wolf eats the deer that would otherwise graze down the holly sprig or the willow sapling. These growing trees then slow erosion, improve rivers, and make vital marginal reductions to flooding. So insect, bird, aquatic, plant and human life benefits. The apex predator ensures diversity across the entire system, by redressing the artificial imbalance in deer numbers.

Sheep and deer, for which the lairds cleared the glens of people in the nineteenth century, gnaw and nibble at what would otherwise be a rich and flourishing mixed forest environment. Ironically, sheep might be the biggest impediment to the reintroduction of wolves. As a part-time farmer myself, I know how difficult and frustrating it is to lose a lamb or a yowe. But I’d be prepared to sign up to an intelligent compensation scheme for the sake of our wider environment, and I believe many other environmentally conscious farmers would think the same way.

Legend has it that the last wolf in Scotland was killed on the banks of the river Findhorn in the late Eighteenth Century. Now Pine Martens and Red Squirrels are extending their range across the Highlands for the first time in many, many years. Beavers are making a comeback, and improving our rivers at the same time. The news this week says that the Lynx will be next, slinking quietly and unobtrusively back into southern Scotland. The return of the wolf can happen too, if we want it badly enough.