This isle is a vast table o riches spread beneath the northern sky. It’s possible for a vistor tae get lost in Sanday. Distant hooses on the horizon seem like they canna be on the same island, but they are. Every road ends in the sea. Every aspect pleases.

We traverse the vast ouse o Cata Sand and climb the dunes. A gull owerhead in the blue is an emblem o absolute purity. Godwits and redshank wade in 20mm o brine. A heron awaits the flood. The tide returns swiftly, and wur walk back is twice as long as the walk oot.

Sanday is a modern, forward lukkan piece. A generous proportion o the profits o the 10 MW wind farm at Spurness are ploughed back in tae community projects, such as the employment o a ranger on the island – whose job is tae mak the abundant wildlife accessible tae the public. We join ranger Emma on a scheduled walk roond Spurness, whar sheu shows us a peedie baby selkie in a geo. The mither selkie waits anxiously nearby on the margin o Eday Soond, like a granite boulder. Migrant goldcrests flit roond the geo in the morning sun – fire creaturs in a watter place.

For instance … the Broonie o Helliehowe tormented a family in a nearby ferm tae the point whar they haed tae leave. On the day o the flit, they were carting their possessions tae the ither end o the isle when the Broonie popped his heid oot o a milk churn and said: my, but wur gotten a fine day for the flitteen. The tale is a cautionary one: many problems are within us, and canna simply be left ahint.

But on Sunday morning at low-watter we leave wur problems ahint and cross the causeway tae Start Point, the easternmost and flattest pairt o aal the brokken isles o Orkney. Here, the selkies sing, and the abundant shell sand haes a purple hue in the morning sun. Here, in the shadow o the only vertical-striped lighthoose in the northern hemisphere, we gaither groattie buckies till wur hearts are content. 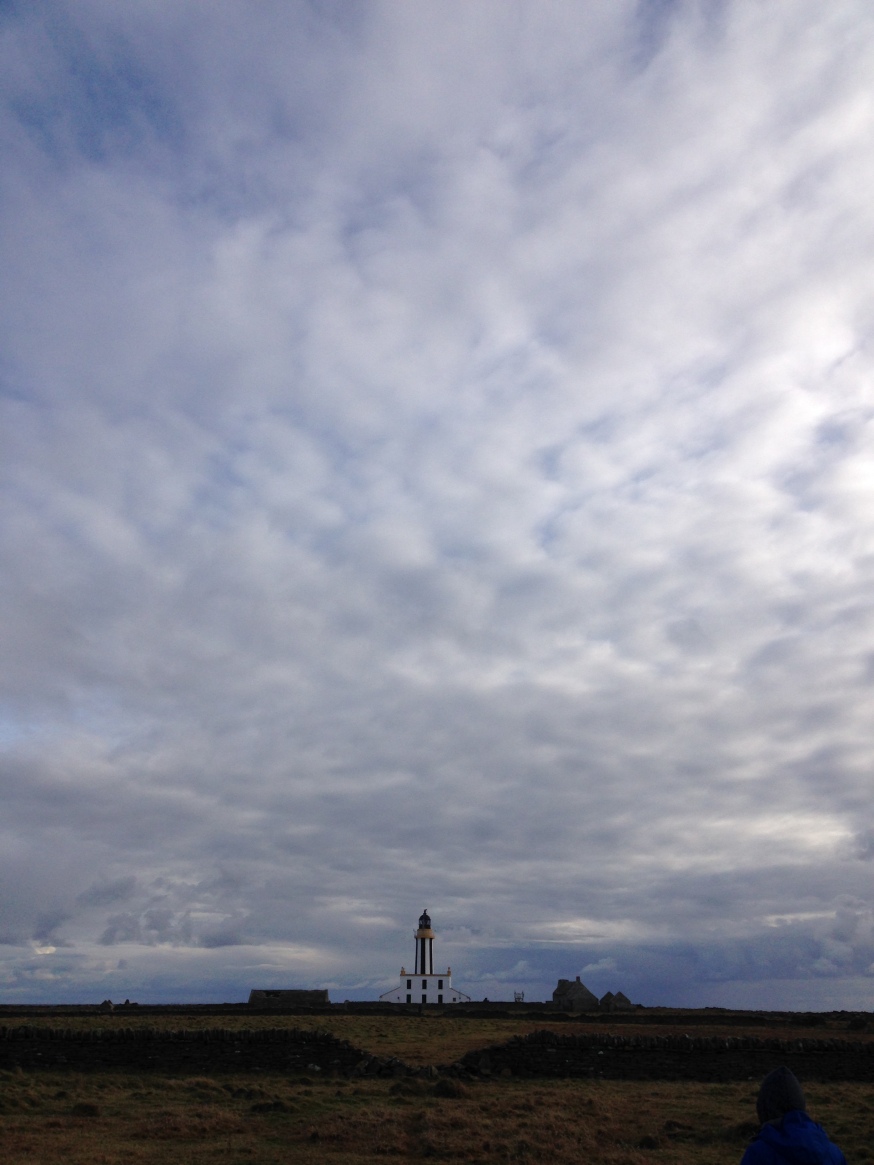